Push the envelope, watch it bend

Well, I haven’t updated this blog in a while because I haven’t made time for it, and I’m not going to make any excuses about that. Today, though, today was phenomenal. I told my mom that I would volunteer at an Autism Awareness Walk. It involved waking up quite early on a day I usually…

Had to break into my car today

I went for a quick run on the section of Patriot’s Path by my house today. – The run had to be kept short because about a mile and a half into it, I began to see in the distance a shirtless person who appeared to be running (or maybe dancing some sort of jig)… 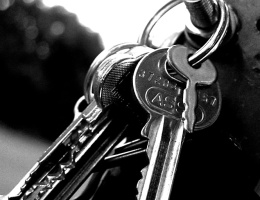 Read more Had to break into my car today

Pizza without cheese OR flour!

And I made my own sauce too!

The crust is made from beets, sunflower seeds, and coconut oil, and the toppings are a buncha veggies. I followed this recipe 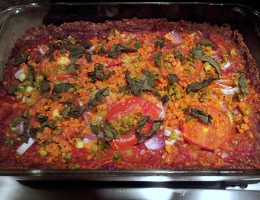 Is it an oxymoron to be fixated on impermanence?

“In today’s world, it is increasingly difficult for any institution- religions, universities, newspapers, manufacturers, or even music genres like punk rock- to cling too stubbornly to absolutist principles of what “should be.” The changes that dictate “what is”- including the creative combinations that come from vastly enhanced social networks- are occurring with blinding speed. It…

Read more Is it an oxymoron to be fixated on impermanence?

I find myself saying something like “you’re probably too young to remember that…” or “just you wait a few years…” pretty much at least once a day recently. Does anyone else in their late 20s do this?!?

I took a glorious fall on my run yesterday! I have a gnarly scar on my right knee from falling on the SAME TRAIL last summer. I’m trying to start thinking of them as sexy. At least the ground was nice and soft this time. I guess I should take this opportunity to explain that…

January 19, 2012; The NYU Psilocybin Cancer Project It’s a Saturday night, and I’m sitting around watching a lecture. This is not at all related to any of the classes I’m currently taking. BEAT THAT NERDINESS!

So, after the exhaust pipe fell off my car on Valentines Day, I was forced to have it repaired, which was horrible news for my wallet, but in effect has left me with a vehicle that’s actually safe to drive >10 miles at once. To celebrate, I drove to Philadelphia this past weekend to visit…

Also- First Run At All of 2012. I haven’t been a total lazy ass, I’ve just haven’t been running. I was trying to put on some muscle, mostly in my upper body, and couldn’t manage a running routine combined with strength workouts. The more time I spend running, the more time I need to spend…

I missed writing and I’m tired of facebook, so I started a new blog! Yes!